If you are familiar with Cloud Computing, Virtual Data Environments and Open Sources, you would also have heard about Docker; the latest IT infrastructure technology in vogue. Though innovated only a year ago, Docker has emerged as the one of the biggest buzzwords of IT industry. You will find a large number of IT professionals discussing about the various elements of Docker on various informative online platforms.

But still, there are certain technical elements that you should be aware of before deciding on the adoption of Docker, a Linux container technology. We, at ‘NetAndHost’ invite you all to accompany us to the virtual journey of Docker services that is truly based on actual facts; sorry no hype. And we promise, once you have completed it you will easily understand why Docker has garnered so much attention of IT industry and why you should know about it.

Featuring Production, Deployment and Development as its core functions, Docker is an open source or a Linux container technology that enables us to build, pack, ship and run our applications on the same Linux hardware that was already in use. You would be thinking how it’s possible? And the answer is: Docker virtualizes only the operating system not hardware. But one thing to note here; the operating system should only be Linux. And the relief is; only a single operating system can run all your applications. 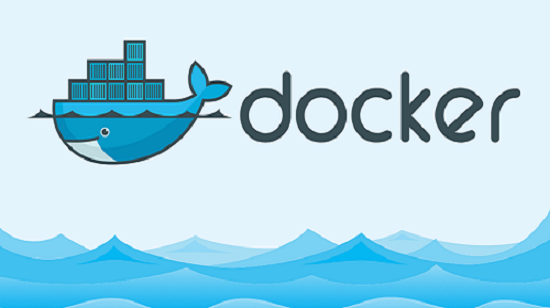 It is a unique type of virtualization that diminishes overheads and makes it easy for the developers and administrators to build and pack an application or software in a standard unit without making customized environment for each application. In simple words, Docker containers are just like shipping containers that are capable of providing a standard packaging and reliable shipping to a diverse range of products throughout the different locations.

Though the benefits of Docker Technology are too many but here you will see the benefits that an IT organization can really enjoy, especially when the containers are managed by NetAndHost.

Docker ensures a developer-friendly environment firstly; by setting a joined platform for developers and sys admins, secondly by reducing the time consumed in building different environments and their maintenance and lastly by authorizing developers to run all the applications on a single virtual environment.

Docker containers have provided the developers freedom from the constraints of setup and development of language-specific applications. Now they can focus mainly on shipping software and isolates services without worrying about tooling conflicts and their fixing issues. It will really shock you but it’s true that Docker technology has resulted in the 7X software shipping.

Fast, easy and efficient configuration of any application on a Docker container has been an important reason in the quick emergence and popularity of Deckor Technology. This configuration doesn’t require being language specific for different environments and also is accessible on your existing infrastructure.

Docker containers have made the framework and construction of testing environment and then the testing process to be the easiest one. This will make you speed up the productivity to satisfy your needs.

Docker enables the IT professionals, we mean developers, to enhance their software productivity & delivery as it removes all the constraints of language stacks regardless of a specific environment. As the container makes the software capable of adopting the complete configurations itself, the developer gets rid of the worries of installing the configurations and complete file systems on different environments.

Really, you can now store, share and distribute Dockerized applications or software seamlessly without the worries of environment dependencies. In other programs, this sharing is not possible and even if it happens it creates certain technical issues. Docker container will itself make updates, changes and resolve various issues required in efficient application sharing.

Scalability is the feature that has the capacity to make a technology a real success and its lack will surely make it a fail. Docker enjoys the feature of scalability in real terms. It helps applications to scale up and down just in seconds when required. Thus, it enables the specific industry to meet a client’s specific requirements on demand basis.

Docker containers are effective in identifying and then resolving various technical problems or issues, witnessed during the shipping or operations of an application. The containers get an easy recovery and come into production in no time.

Apart from these benefits, the very basic advantages that we ‘NetAndHost’ promise to avail you are; Lightweight, Open Standards and Reliable security. Right from the infrastructure to containers running, you will find all these to be really true.

Now, the question comes on the usability of Docker services. Means, what are the cases in an IT industry that really require Docker as an essential part for their successful functioning. NetAndHost feels proud to explain here the five conditions that will clarify the who’s and how’s usability of Docker containers satisfied by us.

Docker - The First Choice of Developers:

Since its inception in June 2015, Docker has emerged as the very first choice among the developers’ community and also IT Operations Administrators. As discussed above, Docker container makes you design, create and ship a software or application on the existing environment with an access to everyone who needs to work on it with the similar settings or configurations and also without a compulsion local host requirement. And moreover, the complexity of specific language versions for different applications has got a Good Bye with Docker! The most-important thing in making Docker the only choice for developers!

And, it is somewhat due to Docker’s various key tools that the developers and virtual environment operators have been working with joined hands on application development, configuration, deployment, operating systems and maintenance tasks. All thanks to Docker Technology!

Being the second most-important use case, Continuous Integration & Continuous Deployment with Docker refers to the technical blend of Integration & Deployment. It means that developers now are not limited in building codes of an application rather they can test it and identify bugs as well. In short, the IT industries can now save much time and costs as build tasks & set up processes can be continued while testing for the previous build job is going parallel. The most attractive advantage of the Docker CaaS platform!

And when integrated with various other tools Like GitHub & Jenkins, Docker becomes the most effective OS for various other settings such as Image addition. As Docker containers support Linux, the inconsistency of switching between different environments can’t exist and so the complicated configuration and execution can be done in a little time as compared to other ones.

Though being unable to replace virtual environments, Docker containers enable the web developers lessen the infrastructure compulsions from the application environment. Furthermore, the lightweight runtime quality of containers ensures the optimization of the only infrastructure required to run your application. As the existing Linux is sufficient for Docker containers to emerge rich scalability, it saves time, money and storage space as well.

And also, the accessibility to switch and move to various other cloud services with flexible terms brings freedom to Docker users as they are not bound by the limits of specific infrastructure tooling. Thus, the infrastructural optimization demands Dockerized containers for enhanced capabilities in reduced costs. 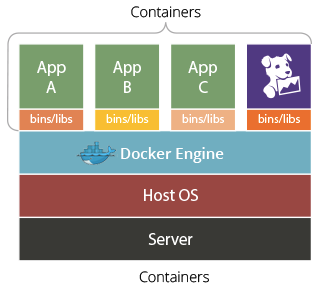 In the past few years, a large number of enterprises or IT industries have been facing the problematic situation of a regular flow of data that consists of their own and outer data. It was really going to be a troublesome situation to handle this data due to limited storage spaces. To cope with the situation of this limitless data and applications, these IT enterprises required some efficient solution to store and analyze data. All this resulted in the emergence of various data operating systems and virtual environments that offered different services to gather, store and analyze data.

Here comes Docker Containers, the most efficient, easy-to-use and secure platform that helped them out to build, ship, switch and run data applications. Accessible on Linux, this Docker Caas platform enables the developers to create, move and analyze applications going beyond the limits of specific infrastructure and configurations.

Assure Your Sandbox’s Security with Docker:

Do you know why Docker containers are generally preferred while developing a Sandbox? Here are the facts that will prove the usability of Docker in creating a secure Sandbox.

When many available options but not Deckor, were tested during the creation of Compile Box, all of them resulted in being insecure, too costly and time consuming. They are not capable to resist the risks caused by malicious codes. On the contrary, Deckor containers enable you to build isolated environment that lets you install a library of applications with a secure network stack. When an untrusted code tries to enter into the system, it will be limited to the containers only. Means, Docker will not let it harm the host that is running the application. So, the requirement of a secure Docker Sandbox has urged the application operating and risk recovery teams prefer to go with Docker containers.

Still you need further explanations why NetAndHost offers you Docker containers! Surely ‘NOT’

Netandhost, a part of the SGS Technologie which is India's most forward looking and most trusted business group having main markets in USA, UK, Europe and Asia. Technologie and its subsidaries continues to be amongst the pioneer movers in the emerging businesses and technologies.

SGS Technologie is one of the foremost IT company offering web based Products and Services for domestic and international sectors.